MBL Fellows are investigators who have active primary appointments at other academic or research institutions and who maintain ongoing commitments to scholarship and collaborations at the MBL with colleagues and programs that are aligned with and contribute to MBL strengths, resources, and strategic vision in research and education.
Marine Biological Laboratory

I am very happy to announce that I will be serving the Marine Biological Laboratory as an MBL Fellow for the next four years.

The MBL is definitely where my affection for microbial life got solidified, hence this new affiliation means a lot to me. But my interest in microbial ecology started just a little before I arrived to the MBL in 2011 as a postdoctoral scientist to work with Mitch Sogin (who by the way was an amazing mentor, and the older I get, the more I appreciate what he did for me).

In 2010 I was a PhD student in New Orleans and have been wandering through various territories of computation almost randomly. When I serendipitously ran into Mike Ferris, I was ready to move on to a completely different field to spend yet another year or two. Mike accepted me in his lab, introduced me to microbial ecology, and gave me a dataset to play with while he guided me through general concepts of microbiology patiently. What Mike did for me in his lab at the Children’s Hospital was already more than what I could ask for. But he also included me in some extracurricular activities, which eventually made me realize that I really really liked microbes and ecology.

When the oil from the Deepwater Horizon disaster in 2010 reached to the shores of Louisiana, I had just recently started to work with Mike and his group. One day they were going out for a little expedition around the salt marshes of the Mississippi delta to collect samples, and they brought me along despite the fact that I had nothing to offer: my fragile computer fingers that were utterly useless in the lab bench had also no experience sampling the environment. So I was more of a liability than help. But there I was looking at them work. 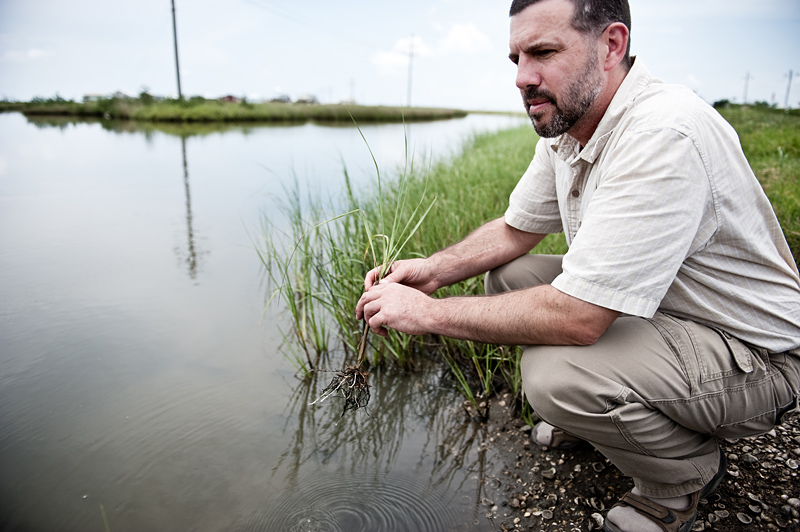 There is a plethora of literature on microbes and ecology, but seeing the care of a microbial ecologist attending to a challenged environment gave me the ultimate understanding of what I have been missing in my life. I was officially a computer scientist, but this little trip was one of the events in Mike’s lab that made me slowly realize that I no longer wanted to be just a computer scientist, and I thank him for that. Maybe this is exactly what some computer people need: to be included in things even if there is no obvious reason for them to be included. Because no one really knows what one is looking for.

Then I was done with the graduate school, and was at the MBL. I can never thank enough to the year-round scientists of the MBL and Bay Paul Center, especially Mitch Sogin and Hilary Morrison, for being very patient with me while helping me develop a broader understanding of things that I had just started to enjoy.

As I mentioned in my profile, I am looking forward to continue taking part in the MBL’s dynamic and inspiring community, and contribute as best as I can to its mission of excellence in science and education in the next four years, and likely even after that.

Here are three photographs I took during one of the snow storms of 2015: