My unpopular two cents on the 'Face on a Turd'

Last week the science Twitter discovered that a peer-reviewed study by Kenneth L. Chiou and Christina M. Bergey, which appeared in the peer-reviewed journal Scientific Reports, contained the face of a political figure on an illustration of a piece of poop.

If you have missed it (well, aren’t you lucky), here is the section of Chiou & Bergey’s Figure 1: 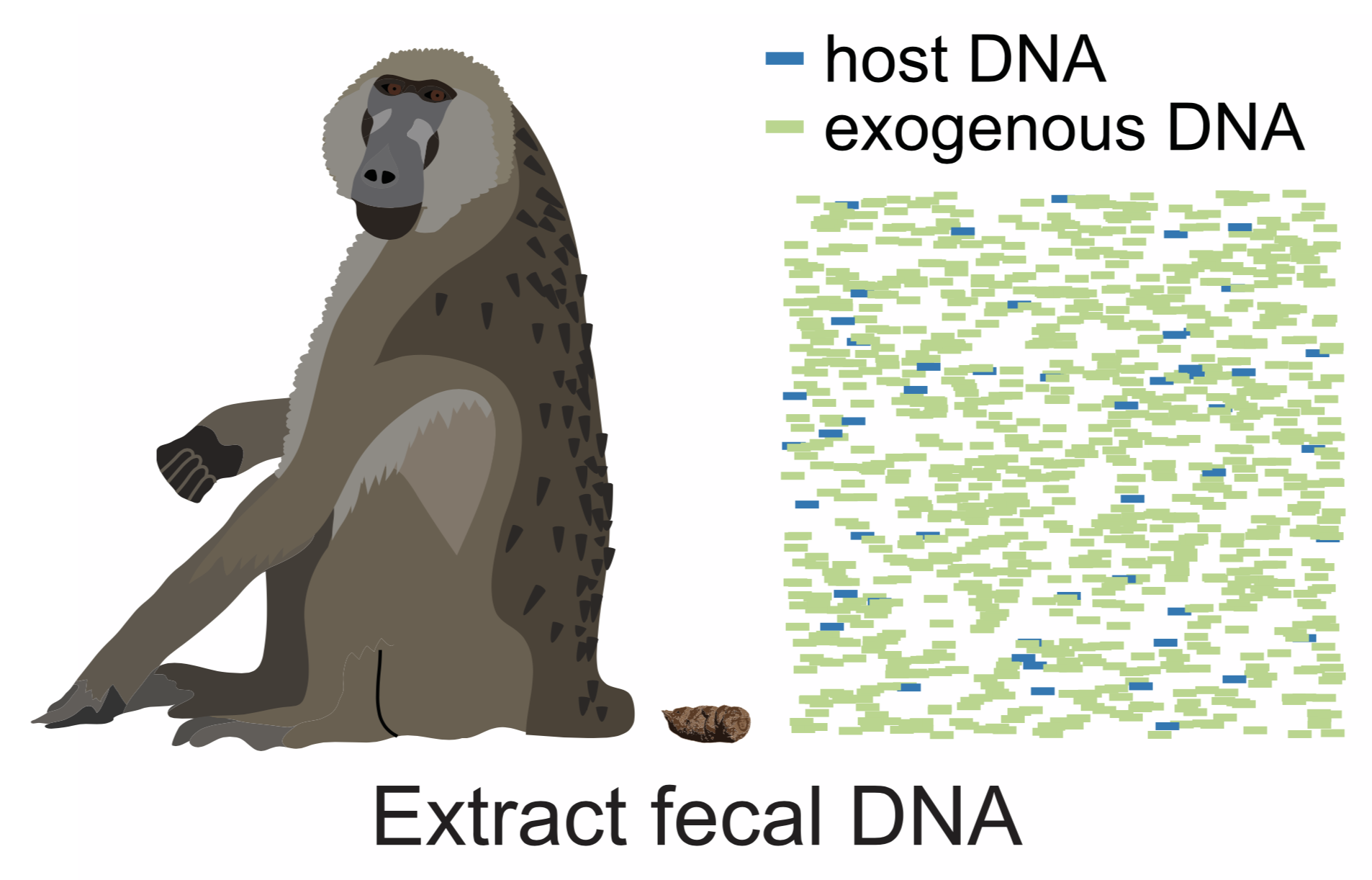 And this is what you see if you zoom all the way in: 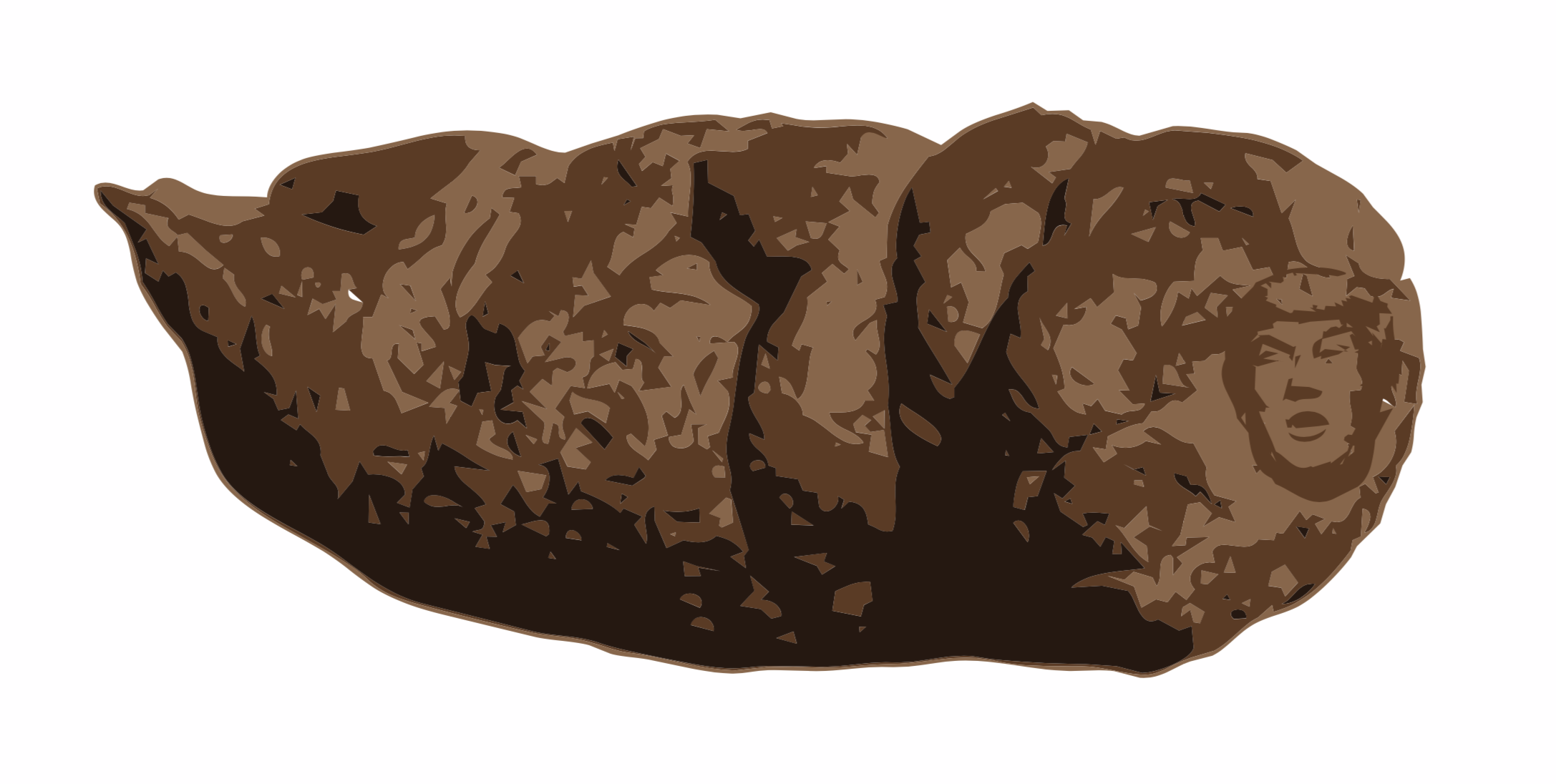 I first learned about the existence of this image through Jonathan Eisen, whose tweet about it invited people to enjoy and share it.

Just like most of you, I belong to the quiet majority of the Twittersphere. I look at festive tweets, under which tens of responses pile up, and I move on with my day without any response or prejudice. I did the same when I first saw Jonathan’s tweet. But then a new response to the original tweet appeared in my main feed. The author of this one was pointing out the fact that the editors have now been investigating this matter, and was asking, “wouldn’t any [post-publication] change be interference with the authors’ academic freedom and also copyright [and intellectual property]?”. I was already surprised by the celebration of this image, but I was most disappoointed when I read all the responses that followed this question. It seemed that most people were not only happy about the concept the image portrayed, but they also would have kept it in the literature if it was up to them.

So, I broke my silence and commented on the topic. Every time I do this I find myself in regret, which was the case again as the limitations of the medium quickly became unbearable. I stopped then with a sense of defeat, but here I am in an attempt to elaborate my 2 cents from my pillow fort.

If you already have an opinion, I would like you to know that the intention of this post is not to change it. My target audience is my future self, and those who are on the fence.

I have problems with the image itself, and the overall response from the science community I identify with on Twitter.

The first layer of my problems requires the reader to disconnect from their personal political beliefs just for a second and summon the power of analytical thinking of a heartless robot:

Chiou & Bergey intentionally embedded a piece of information in a figure, appearance in the literature of which depended on the inability of the editor and the reviewers of this study to identify or recognize its presence.

Do you realize how I didn’t mention that the image was politically motivated? I did not, because it does not matter whether it is political or not to state this fact. I could perhaps attempt to substantiate the same logic from another angle: The only reason this hidden piece of information is published is because the authors tricked their reviewers. And that’s exactly why it will likely be removed from the study after the editorial evaluation. In my opinion, there is no structural difference between this and other forms of deliberate alterations of text or images in scientific studies with the intention to avoid the scrutiny of peer-review. I find this highly unethical. And the so-called harmless motivation and humor behind it does not change that. But whether this is ethical or not is not that important. It is the journal’s problem. The more important aspect here I think is how we, the science community, respond to it.

The deep political divide turned almost all social media platforms into boring echo chambers, where no one hears or considers those who don’t sit around the same camp fire with them. Sadly, all ends of political spectrum develop structurally identical and equally shallow arguments against each other, further deepening this harmful gap. Younger me would have assumed that science and the scientist can better protect their ability to reach out to the members of any political camp, but older me learned to expect less. But even then, is it that hard to imagine that even if this image may be seen as a hilarious and witty thing by most people around us, it will certainly be found disturbing by a lot of people who maintain different beliefs? How are we supposed to reconcile with this? We could indeed resort to an elitist and arrogant stance and tell ourselves that those who may find this image disturbing due to their own beliefs are in fact wrong, lack enlightenment, and/or humor. It would be quite embarrassing of us as we would simply justify the ‘disconnected sceintist’ stereotype constantly crafted by some ideologies. Or perhaps we could defend the motivation behind this joke by suggesting that peer-reviewed scientific literature is within the realm of freedom of expression of this kind, too. But what are we going to do if another group with another set of beliefs end up tricking another bunch of reviewers by hiding the symbol of a religious group or an ethnic minority on a piece of turd in another publication? Are we going to remain equally calm when that happens and refrain from doing the right thing, or are we going to fight for its removal as we should, even though it will now be proof that we lack consistency? While I believe defamation of a public figure and defamation of a group of people is not the same thing, those who may want to retaliate may not feel the same way. Is the scientific literature right place to have these kinds of tug wars when we are drowning in all sorts of online revenues to express our opinions?

We should have been the first ones to criticize this practice and suggest its immediate retraction. That would have sent the right signal to those who were exposed to a rhetoric that taught them to expect the worst from scientists. That is how we win and protect academic freedom, and keep our ability to speak up when every other politician or businessperson who is not happy with our science blames us for being politically motivated.

The search for a formal understanding of cognitive processes that lead to human amusement is an active area of research, but I think it is relatively safe to assume that anyone can find anything funny spontaneously, even if those things they find funny are deceptive, harmful, or morally wrong on some levels. Yet, there is a difference between the initial and rather-uncontrollable response to something harmful, and the following conscious decisions to continue defending it. The seemingly collective dismissal of the potentially harmful long-term implications of politicizing science at such a shallow and irresponsible level, even when the risks are quite obvious with only a small amount of additional thinking, is the second and more important part of my problems with this drama.

Overall, I am a bit disappointed (but I still like you, so please don’t turn me away when I ask you to write me a support letter? (hehe)).

But stepping back, perhaps we can all agree that one of the most important ideals of the scientific endeavor in most simple terms is to set a high bar for evidence-based accumulation of knowledge.

There are few things that can go against this ideal more than celebrating a public figure’s face on a turd in a peer-reviewed study. If you think this is a well-deserved response to the representative of an anti-science and anti-scientist movement, you have just missed one of the rare opportunities to be better than the biased and damaging ideology you criticize.

I am not trying to romanticize scientific endeavor. Our literature is filled with garbage. But we collectively work to make science better by keeping it accurate, objective, and progressive. Many of us do it by taking risks that could damage our careers in return.

We must not let this toxic climate derail us from following simple yet powerful ideals of science.

Following my defeat on Twitter, I retreated to my pillow fort.https://t.co/YbIy0mwkny