I never really planned to become a scientist (I rarely plan for things anyway (and it is even rarer that things I plan for go as planned)). Nevertheless, I am very glad that I run into science, and now it is a thing in my life. Because thanks to it, I get to spend time with a lot of very interesting people.

Most likely interesting people are distributed evenly across all professions, and science does not necessarily have more interesting people than any other profession. But interesting people in science are much more accessible. For instance, going to someone’s institution, giving a talk, and having 6 meetings in a row with scientists you mostly know in “Lastname et al” form is not common to most professions (I was a musician, a photographer, and an engineer before this, and I also managed a very successful sunflower seed selling business in front of our apartment when I was four years old: I speak from experience).

During the last couple of weeks I’ve been to a number of places, and enjoyed interesting people and their brilliant science. For instance I visited Susan Holmes, who takes care of complex data with a Tolstoyesque mindset (“heterogeneous data are all heterogeneous in their own way”) at Stanford. I like Stanford. They made it very easy for people who don’t like stepping on the edges of tiles: 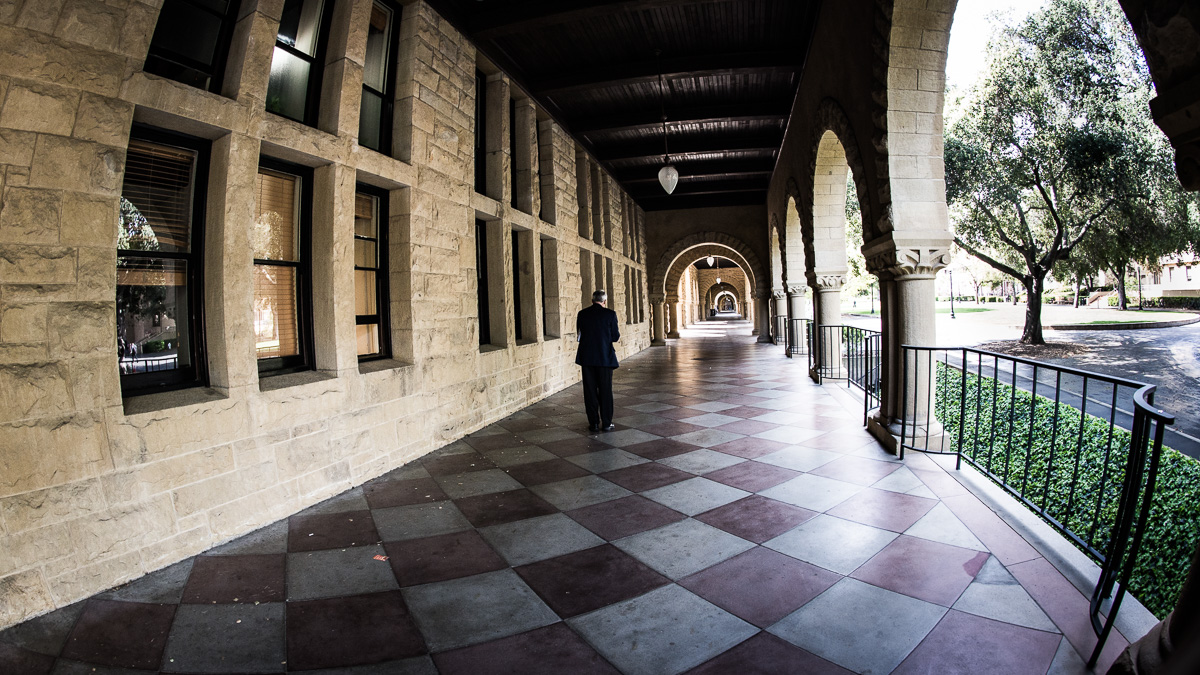 Then I was in Berkeley for a two-day visit to Jill Banfield’s lab, home to great science, and to this spectacular flag (which was prepared for a multi-lab flag competition, and is made of absolute win): 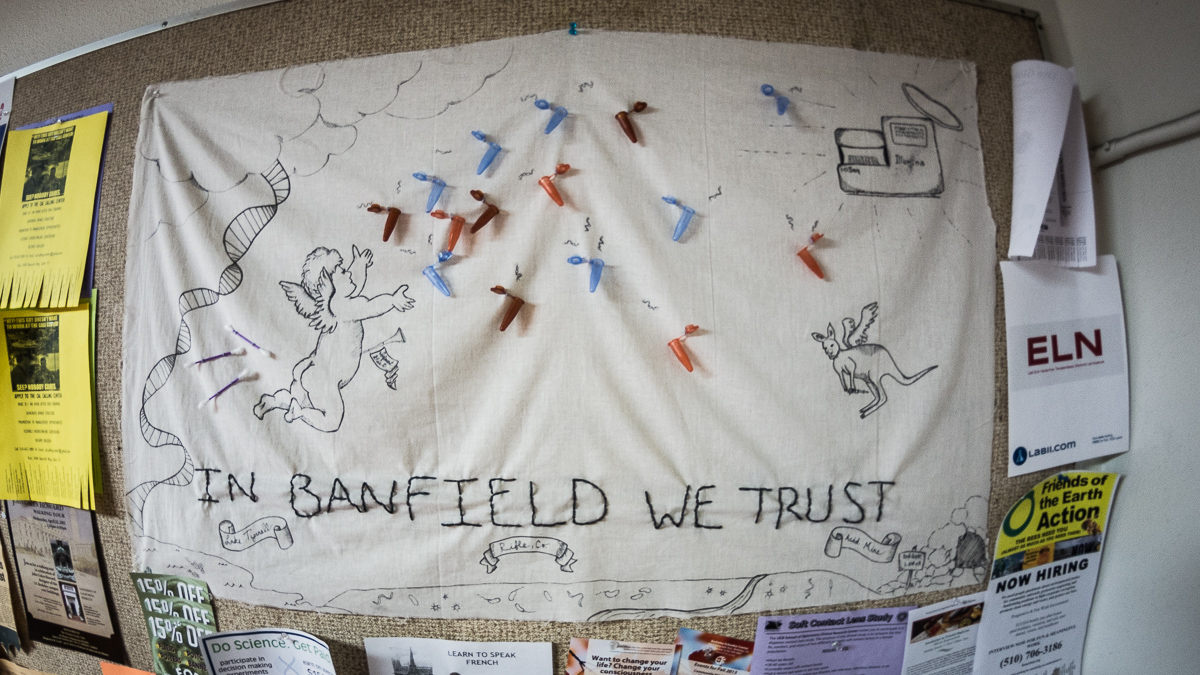 Then I was at the University of Southern California with Tom, visiting Jed Fuhrman’s lab to discuss marine microbes, and the lab’s latest discoveries. To go to USC Tom and I took a train from San Diego to Los Angeles, during which we continued to not finish that draft, thanks to the view:

I finally was at the San Diego State University to visit Rob Edwards’ lab. I had multiple meetings throughout the day with some of the members of the Viral Information Institute. This institution is a great example of brilliant strategic planning as it brings together many scientists from different backgrounds to study phages. If you have some free time to read here are two recent studies that demonstrate the great science comes from the members of SDSU’s Viral Information Institute in case you haven’t read them yet:

Not surprisingly there is a great focus on metagenomics as it is the most relevant way to study naturally occurring viral communities via high-throughput sequencing. During the time we spent there, Tom and I often felt that anvi’o could be very useful for Rob and others. So we made sure Rob installed anvi’o before we left (smiley): 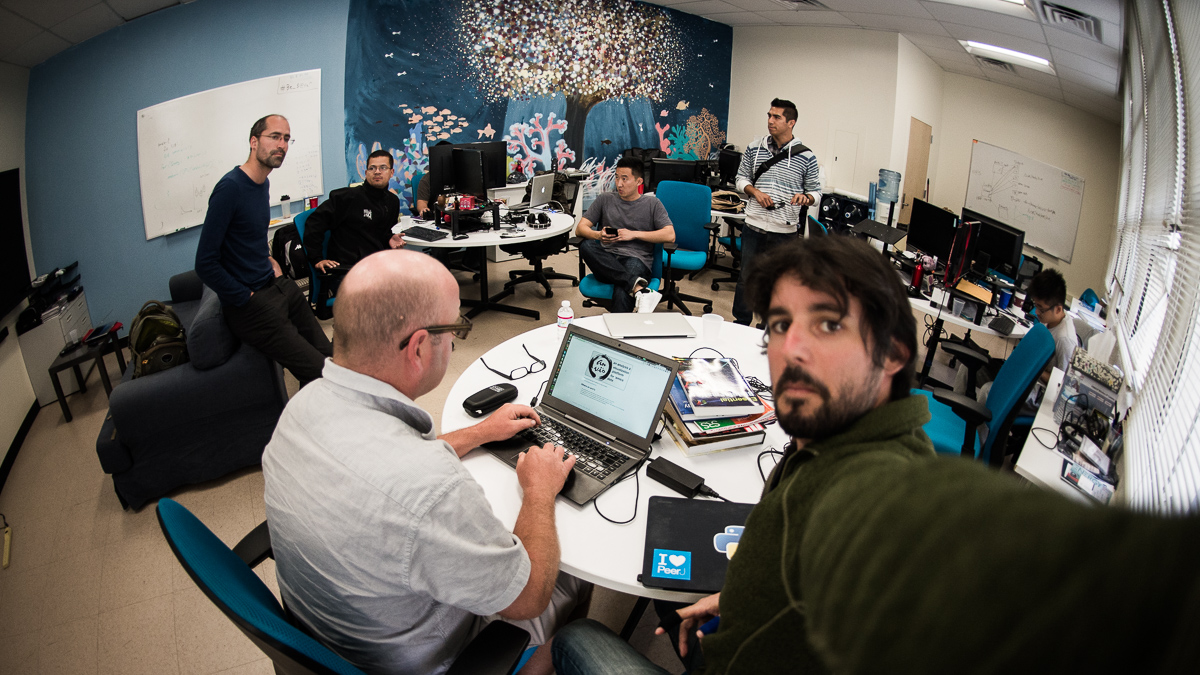 Yes, thanks to science I get to spend time with a lot of very interesting people. Here, three of them, Liz Dinsdale, Rob Edwards, and Tom Delmont, admiring a tree: 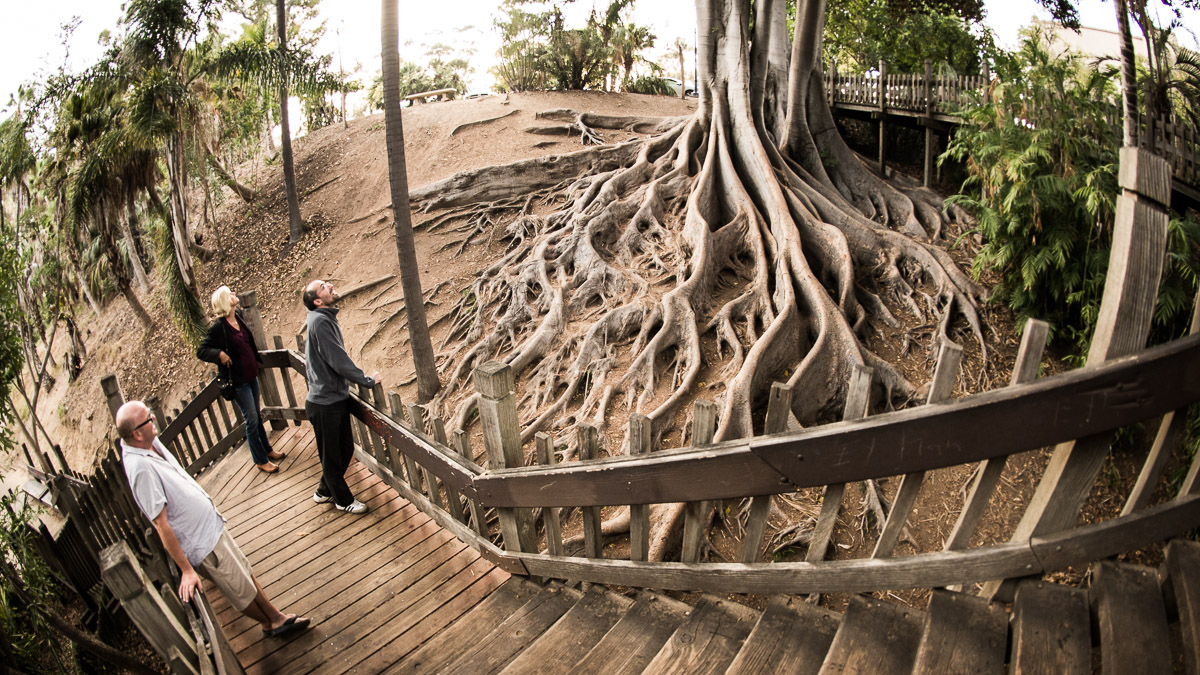 Something clearly only interesting people would do.